The great friendliness of Giampaolo Gubbiotti, better known as Woody, is synonymous with the great quality that Woody Arabian, his stud, has been creating over the last few years since 1999. The horses bred by him are named El Aziz, an affix chosen by his father Fernando. The strong point of his stud is the standard of quality and conformation shared by all their horses, heir charisma and ability to express all that you would expect from an Arabian horse. Woody’s breeding experience cultivated for over twenty years, which has been the source of many great joys, shared with his family. He explains that looking at the bloodlines of his mares and the stallions chosen by him, you can notice that nothing is left to chance. Many Horses he brad or owns they was International Champions all over the world, National Champion or Europe bronze medal champion like HDB Shir Ibn Massai or like the well known World Champion Royal Colours. The Stallions in which he believes a lot are HDB Shir Ibn Massai,Royal Colours and Imperal Baarez; three of his great loves which he will remember forever… 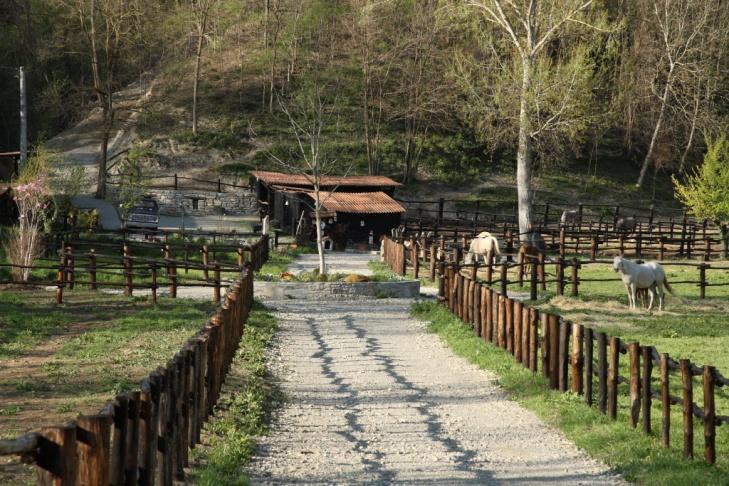 Galeata, the town where he is living and where horses are a part of the local culture; every year, “Galeata Cavalli” is organizing a fair attended by a high number of spectators that sees also the participation of nearby towns.
The stud is located near the River Bidente. The horses enjoy the peacefulness of the area grazing freely outside, mostly in groups of 2 or 3 mares in one pasture. Every stone, every piece of wood, every tree or flower is prepared carefully by hand to give to every place a kind of special touch and feeling. The court is designed by Woody in the style of his area and in a mix of Arabic attitudes. Also the little biotope which he did create, is giving a quiet place for every kind of animals, like frogs, little golden fishes and many others.
He started also to breed pure Persian Salukis, which are very similar to the Arabian horse in elegance; attitude and they are also children from the wind. The female is Basilah and she is having a very nice color grounded in white and with dark grey/bay dots all over. The Male is Daraf. He is very tall and he is wearing a light beige color with white small spots. They are coming from the breeder Fardos El Arab in Germany. We are waiting the first babies very soon out of this combination.

Somebody told: When you are coming to the entry of Woody Arabian you feel like in a paradise! All the horses with the head down to eat the grass, the black fence, the beautiful trees and flowers around and the little noise of the river, what you need more in the world? 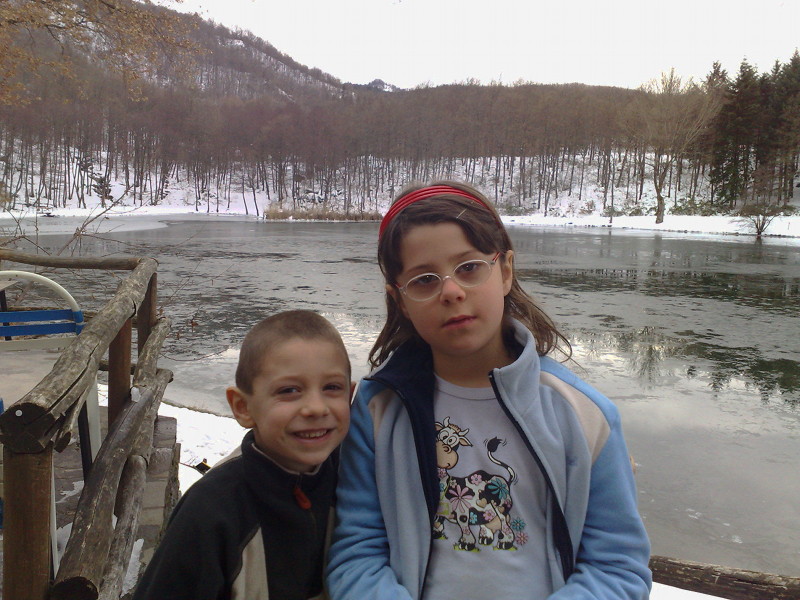 In the court there are living more or less 30 pure bred Arabian horses, expecting the two ponies and the mini mule which are also having a home here. We like to make a little round trip through the horses to show to you the amazing quality and pedigree which all are coming together in one place.

We will start with the older Ladies in the Farm like Cza Cza, she is a direct daughter of Kilimandscharo, with an outstanding pedigree, a fantastic body and enormous eyes. She has already given birth to a champion Royal El Aziz, what you can only expect from an excellent sire such as the World Champion Royal Colours. Royal El Aziz won several Shows and made already proud breeder, owner and the beautiful parents. The next we like to introduce you is Salam MV, daughter of Ghadames * Serenity Pasha, a truly magnificent grey dappled mare and a multi-champion at the shows. She was Champion Mare and Best in Show in Travagliato and also Champion Mare in Wels. Salam MV had also a great success in Kevelaer, Germany named as Champion and Premium Mare. Another mare which Woody can tell a part of his breeding program, in co-partnership with Paolo Capecci is Imperial Kalatifa, dam of Loubna, winner of the World Championship and of the Dubai Show. 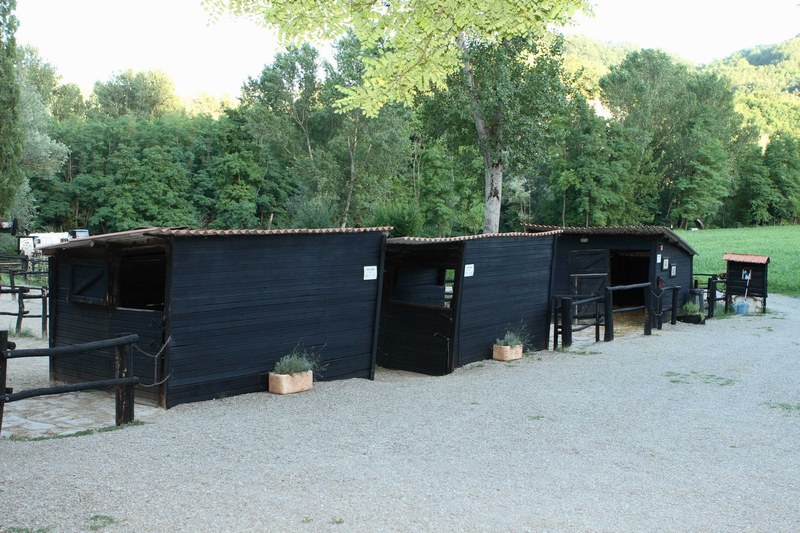 Also we like to present you Nanesha, Cyra and Indira AP. Nanesha is a very nice breeding Mare, with a very nice neck and beautiful big black eyes. She did give already the birth of a few nice babies also from Massai Ibn Merenga. Cyra is a daughter of the well known Gips, she is having a lot of Russian attitude and was named Premium Mare in Kevelaer, Germany. Indira AP is a treasure of the farm. Very nice Mare in Character and in looking, her Career is giving to her the right to name herself a little princess; she was already champion in many different shows; all over the third place in the World Championship in Paris. She is getting to be a riding horse and we are curious to see how she will be. 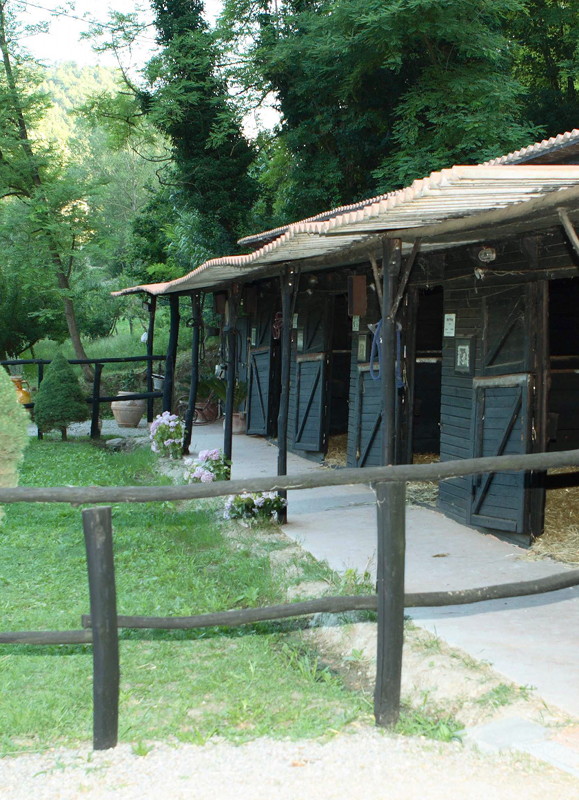 We are coming now to the younger generation of the stud. We start with the gorgeous daughter out of Al Lahab – Oraysana. This straight Egyptian Mare gave birth already to a few nice offspring, from GR Amaretto, Imperal Baarez and Royal Colours. The youngest is a very nice Colt from Royal Colours.
From the famous stud owned by Siliva Garde-Ehlert he had the purchase of two very beautiful mares: NA Liluna and Diamantha. Out of NA Liluna is already a very nice filly by Massai Ibn Merenga in cooperation with Darius Arabians, we are waiting for next year hopefully a healthy foal by Magic Manifique in 2013.
Diamantha is a very special Mare, very quiet and sensible in character, beautiful looking in every part combined with a very nice pedigree. She did show her beauty in a few shows and was third in the national Championship in Italy. She gave already a very important pearl to the stud, Danka El Aziz, sired by Royal Colours and a very interesting colt also by Royal Colours from 2012, Dakar El Aziz.
In the Club of the young Members of Woody Arabian we like to announce M Eos a daughter of the well known WH Justice, she was winning in several shows and started to be a very good breeding mare, we are now waiting for the QR Marc Baby of the year 2013.

The new generation of the breeding program is very well selected. Danka El Aziz is well known in Italy she was named Italian Champion and most winning filly in Italy 2011. She is the first daughter from the wonderful mare Diamantha. Danka is the mother of a beautiful filly by Shir Ibn Massai called Danubia El Aziz. Following is DA Najah bint Massai, a very nice grey Mare with a dished head. Najah gave him a very nice dark bay filly from Royal Colours, Normandia El Aziz and is in foal of Aja Angelo for 2013. We are waiting curiously what is coming out of this combination.

Last but not least the stallions! As fist Eternal Flame, in partnership with Paolo Capecci, he is a son from the well known Kubinec and the amazing mare Temptress MSC. He is producing very nice which we can see by the lovely daughter Etiopia El Aziz. She is already successful at the shows and owned by Mimmo D’Onza – D’Onzafamily Arabians. At the moment he is leased to Sala Consilina at Tropiano Cono and Biagio De Innocentis 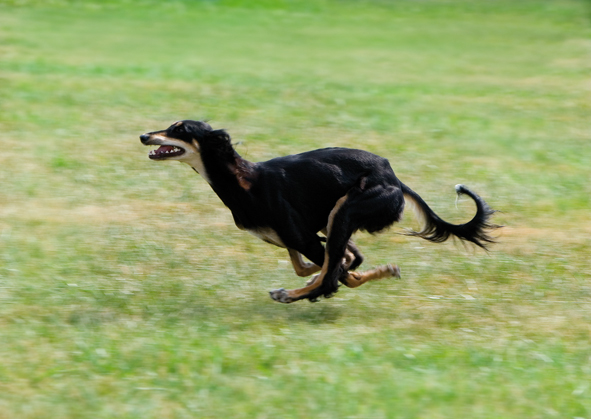 As we know Mr. Gubbiotti he is also having a good hand for Colts or Stallions, like with the young HDB Shir Ibn Massai, gifted with an outstanding forehead and an exceedingly snub nose. He was awarded with several 20s at the shows in which he took part. This stallion is giving his mark from the stunning dam Mayana, daughter of the World Champion BJ Thee Mustafa and the wonderful Massai Ibn Merenga. He started his breeding career very successful, he left his stamp in Poland and also now in Brazil we are waiting for the future form this Stallion. Some of his babies are already winning in Poland and Italy at the shows. 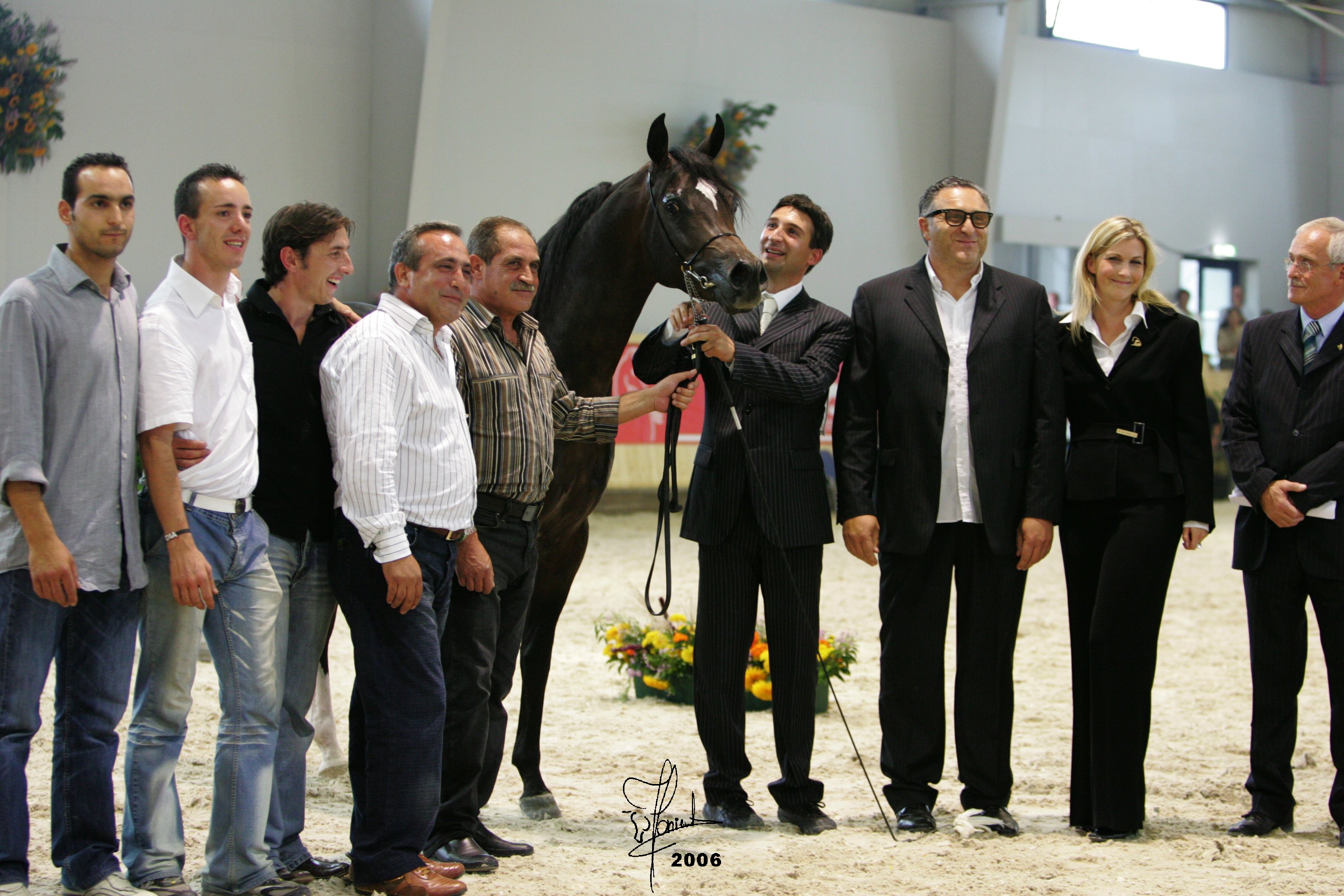 Ca’ di Gianni, the Arabian Trainings Center is a part of the life from Woody. Ca’ di Gianni has become one of the key studs on the international scene. The Arabian Training Center, which he shares with his business partner and friend Paolo Capecci, has become one of the most renowned centers in the world for training, show preparation and marketing of the Arabian horse. The center has the opportunity to manage the horses of the most important studs in the world. Well known is the success of Royal Colours at the 2006 World Championship, which saw Woody in the double role of owner with Paolo Capecci and Mr. Tripodi and manager for marketing and training of the Arabian Training Center. Royal Colours, as everyone knows, is now owned by the Dubai Arabian Stud (UAE).

To survive in this daily business is difficult, you need watch many factors and you need be very flexible in your life and on the view of situations. You need a big support, protection and understanding from your family, especially when you are always traveling and not at home. 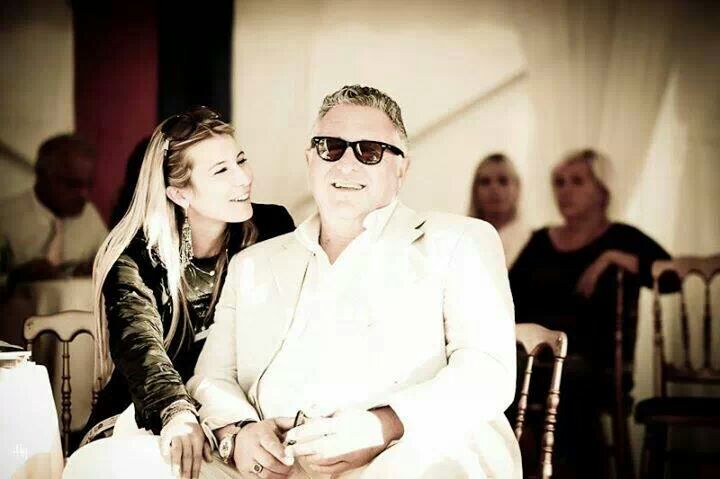 With his father Fernando, he has shared moments of great emotion and thank to him, Woody has been able to appreciate the Arabian horse even more over the years. Woody tells also that all this is a life experience that is filled with rewarding moments and great happiness: breeding whichever species of animals generates many emotions in you if it is done with passion. The Arabian horse has become a lifestyle, a gathering element which breaks down barriers between countries and people. As he told to me already little bit longer ago; in the life you need 20% knowledge and 80% luck! Seeing different cultures coming together, thanks to the Arabian horse, is perhaps the most fulfilling aspect, privilege that Woody lives in a daily basis.
News About Us Stallions Mares Fillies & Colts In Memory Sales Shows Gallery Contact Us
We have had 494527 visitors